My love of Volvo’s started at a young age, as my dad used to work for Nortons as a Volvo mechanic. Most of my family owned Volvo’s at some point, so Volvo’s was much discussed around the dinner tables. I bought my first 544 in 2001 and attempted to restore it over a few years.  This one had the double shocks fitted to each front wheel, which was uniquely manufactured for the African market (often referred to as “Safari” edition).  I eventually sold this one early 2009, with loads of parts for next to nothing, as I needed the space.

1961 Volvo PV544 B16
I helped a friend of mine restore his red 544, parked at his Brother house. However, next to his one was this straight olive green 544 with 5 bar tiger mags.  I used to visit, just to catch a glimpse.  I have a habit of buying cars around my birthday, so it should be to no surprise when I bought this lovely green 544 in December 2004.  For the next 2 years I drove this car daily, and is undoubting one of the most exciting Volvo’s to drive.

1965 – Volvo 1800S
I saw a P1800 advertised in the paper November 2007, even though a bit pricey at the time, I tried to help the owner find a buyer for the car. It needed attention, however theirs nothing more enticing that a red P1800. So on the 28 December 2007 it was my birthday gift. For the next 6 months, I took my time and energy to overhaul the complete engine & its suspension. Since then, it’s been my daily mode of transport, and it will remain that way until the day I complete the restoration. 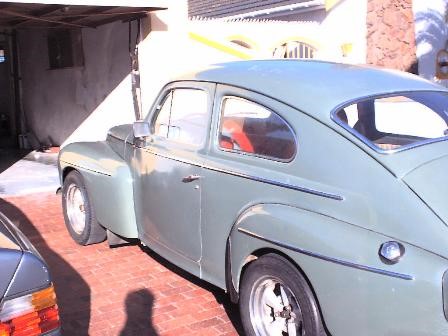 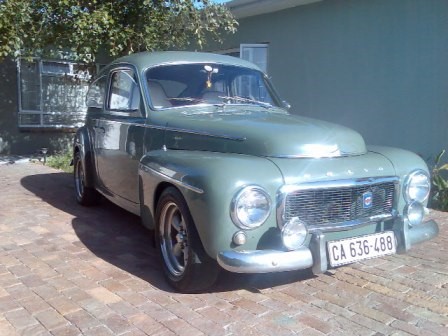 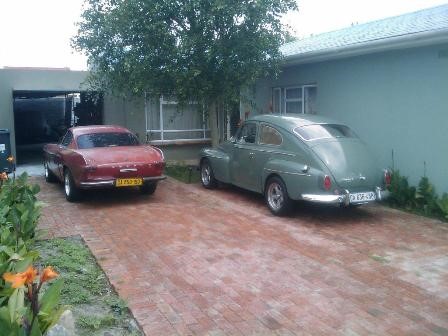 Both my Volvo together