My first meeting with a Volvo was about 19 years ago – where i was posing on the bonnet of a 544 in my Christening clothes as a baby. I was lying on the bonnet of this bottle green 544 when the Volvo bug bit me. As you can probably guess I grew up in a Volvo crazy family my Father was not known as “Boet” (Brother in Afrikaans) Volvo for nothing – there were numerous 544’s, 122’s, 144’s, a64’s and recently a P1800 and a 850R.

My Father worked shifts his entire life and when he went on night shift I would then loosen the radiator. gearbox bolts, engine mountings so that when he gets home he can remove the engine. When I was in Standard 8 my Father bought me my first 122S which I had to rebuild, but alas being a youngster at the time Golf was the thing to have….so I sold my Volvo and bought a Golf.

Life happened and about 6 years ago my Father found a 1959 B16 544 and i just had to have it, it was in a reasonable condition, imported a few new rubbers and mats, fixed a few marks on it and later covered the seats, it was beautiful red 544, my pride and joy. Still not entirely satisfied I started scratching where there is no itch and I sold it and was sorry the moment it went and I immediately started looking for another Volvo, this time a 122S in original condition.

6 months later I found it. A 1970 2 door 122S which had been standing for about 5 years. Had a few scratches here and there, just needed some TLC. I was the third owner, full service history. Fixed the scratches and small dents. Imported the necessary rubbers, removed the engine and tidied the engine compartment up, chromed a set of rims and it looked a complete different Volvo to the one I bought! As they saying goes….Volvo for Life and this is my lifer story about Volvo’s. 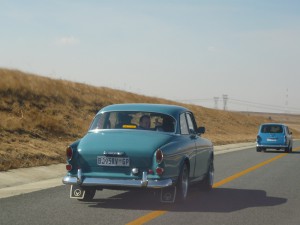 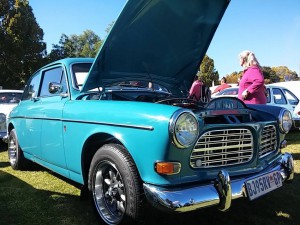 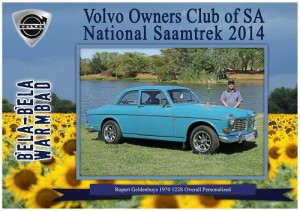 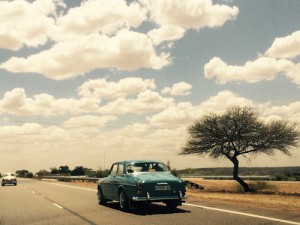 Rupert on his way to Bela Bela..